Meet the Board - Peter Gill 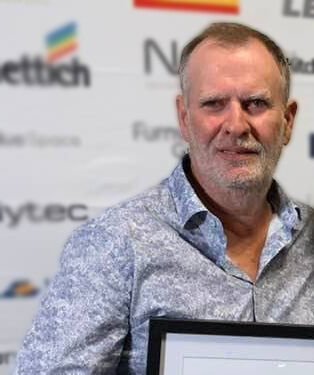 Peter passed his apprenticeships with his Proficiency Certificate and only two weeks later, had his employment terminated as they needed to make room for a new apprentice. Peter sought new employment and, to this day, says this was the best thing to happen to him as he landed a position in the office of a large kitchen company. This allowed him to learn technical and kickstarted his desire to learn design.

At the age of 21, whilst still working in the office at the kitchen company, Peter decided he was ready to start his own business on the side, which he then did on the weekends. At the age of 25, he went out on his own and was back on the tools for five years whilst attending night school to study and complete Business Management before entering into a retail business doing Kitchen & Bathroom Renovations.

At this point, Peter was eager to learn more, so he undertook the CKD (Certified Kitchen Designer) Course and passed with Distinction. Still being eager to learn more, he then undertook the CBD (Certified Bathroom Designer) Course, also passing with Distinction. His quest for knowledge then led him back to night school to study and complete a two year Interior Design course, gaining a Certificate in Interior Design.

In 2010, Peter launched back into his Manufacturing business which is still running today and has 18 employees.

Peter has been on the board of the CMDA (Cabinet Makers Association) of Victoria for approximately 18 years, and was then involved in the merge of the FIAA (Furnishing Industry Association of Australia) and CMDA which then created ACFA (Australian Cabinet and Furniture Association).

He has been on the board for ACFA for two and a half years and is currently acting as Vice President.

Peter has found that being involved on the boards has allowed him to try and build the future of our industry whilst meeting a lot of like-minded and great people.