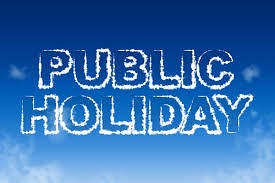 It should be noted that a public holiday can be declared for a particular region or locality within a state or a territory. Reference should be made to the relevant state or territory website to determine the date of any regional or local holiday.